Now this is the man that gets nausea at even the mention of vegetables. He once said, back when Fear Factor was on tv, that he could not eat a banana for $50,000. Now come on! But he eats Raisin Bran?! 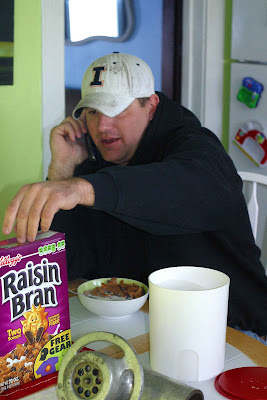 Oh, but wait!! There is my full sugar canister! Never mind! That defeats all the healthful reasons to eat Raisin Bran!

Anyway, how do you like his sweatshirt? Here's the back of it. 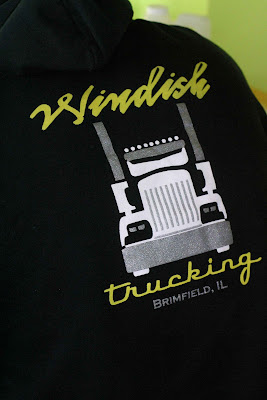