and nobody's happy. -Louis CK
(That's a pretty funny clip if you want to watch it on utube.)

My cell is on the fritz. It's junk. But not junk enough to just throw it out. And verizon's "new every two plan" doesn't kick in for me until March. So I decided there's got to be a cheap alternative until then. I checked out Amazon and here's what I found... 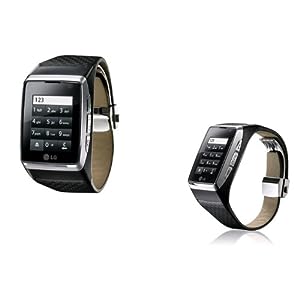 Wow! Right? A phone in your watch. A watch in your phone. Actually, the description doesn't say there's a clock on it so you might be s.o.l. You would think there would be a clock on it though since it's $947.65! That's right.

But this one guy that left a review still wasn't happy. It only stores about 10 songs on it, so "it's not very much use to me at all". Cracks me up:)


Well, back to the cell phone hunt! Happy Tuesday!